Like other south sea pearls, the White South Sea pearl also comes from a species of mollusk known as the Pinctada maxima, however, from the silver-lipped variety. The interior shell is lined with icy-silver nacre with a subdued white opalescent appearance. The magnificent color of this mother-of-pearl is the reason pearls cultivated in this mollusk have whitish, almost silvery colors.

The ocean of water that lies between the northern coast of Australia and Indonesia is the native habitat of the enormous silver-lipped oyster. The first successful attempt at pearl cultivation in Australia began in the early 1900s. Willian-Saville Kent, an English marine biologist and author, began farming half-pearls, also known as blister pearls or mabés.

In the mid-20th century, the Paspaley Pearling Company spearheaded the most ambitious vision for growing the Australian pearl industry. They invested heavily in research and development to improve the quality of pearls they produced. They pioneered bold, efficient techniques to culture pearls in innovative ways. Today, the Paspaley family controls majority of Australia’s operating pearl farms. Through the years, and under strict environmental regulations by the Australian government, a highly sustainable and admirably successful pearling industry thrives.

The silver-lipped oyster produces 90 percent silver-white pearls. Light creamy to soft golden hues make up the remaining 10 percent. White South Sea pearls have a luxurious, soft satiny luster. An opalescent glow, referred to as orient, subtly varies with the slightest change in the angle of the light. This makes these pearls such a marvel to behold. 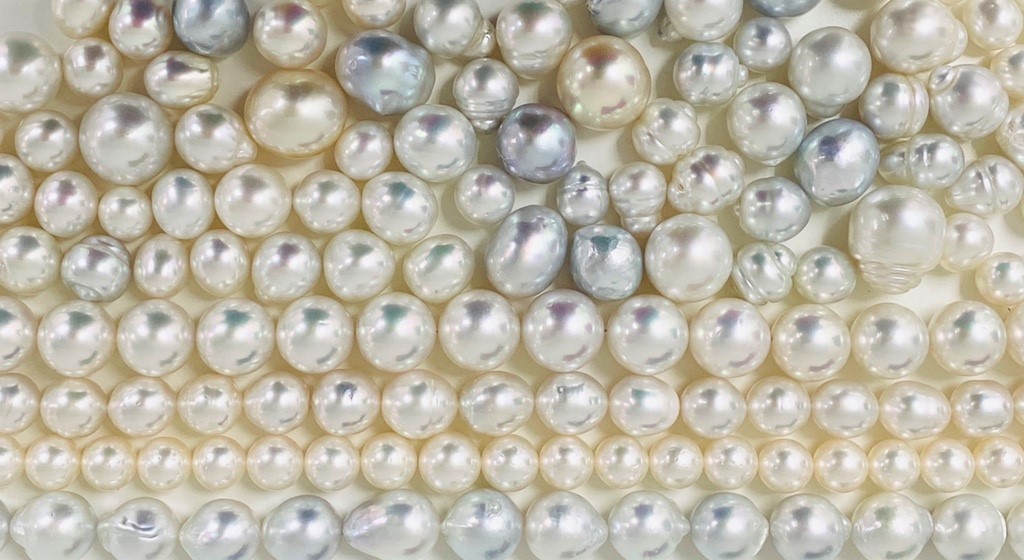 White South Sea pearls can hold their value better than other pearl varieties. Their size and rarity are contributing factors to this. In addition, they have the thickest nacre layer of all saltwater pearl types. The largeness of the Pinctada maxima, silver-lipped, the size of the nucleated bead, the extended culturing period, and the oyster’s environment are the main reasons South Sea pearls can grow to such large sizes. The average size of a South Sea pearl is 12mm, with most harvests producing a range of sizes from 8mm to 20mm.

White South Sea pearls have been a symbol of purity and beauty throughout the ages. Not surprisingly, these exquisite gemstones are a coveted addition to any jewelry collection.